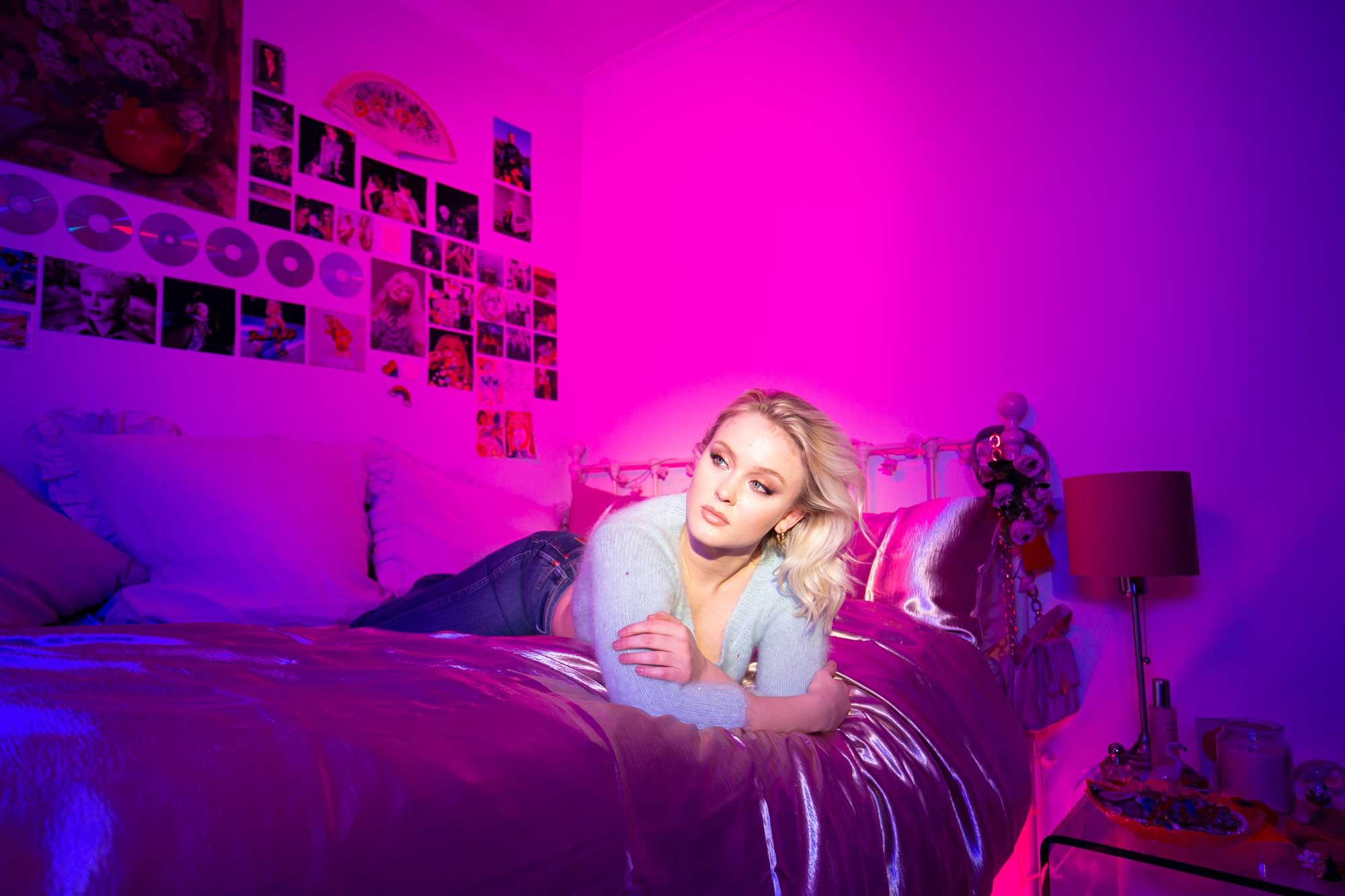 Larsson was a national star long before multi-platinum hits “Lush Life” and the MNEK-assisted “Never Forget You” took the world by storm. Propelled into the spotlight courtesy of lead-in EPs “Introducing” and “Let Me Re-introduce Myself”, the budding Swedish pop prospect has continued to shift her sharp vocal prowess towards the hugest international crowds. Billions of streams, numerous awards and a handful of hugely acclaimed singles later, 2017 spells a year of truly global recognition for the fresh faced and highly sought after Swedish pop export.

With more than 3.7 Billion streams under her belt, three MTV EMA’s (‘Best New Act’, ‘Best Swedish Act’ and ‘Best worldwide Act’) and a Swedish Grammis (‘Best Artist’) to her name, Zara’s profile has continued to accelerate alongside her musical accomplishments. Penning the official European Championship anthem “This One’s For You” alongside David Guetta, the young star went on to perform at the opening of EURO 2016, marking one of her hugest international appearances to date. The opportunity was followed by a marker spot alongside Tinie Tempah’s “Girls Like”, which scored Platinum status across the globe.

With a subsequent spot opening for the London date of Beyonce’s Formation World tour and breaking into North American TV world courtesy of a live appearance on The Tonight Show Starring Jimmy Fallon, her global presence has further echoed in the praise received from international media. Hailed as one of TIME Magazine’s ’30 Most Influential Teenagers’ of 2016 owing to her balance of proficient pop and outspoken feminism, leading lifestyle connoisseurs GQ celebrated the young star’s chameleon like ability to sing, shape and pen incredible songs.

At the outset of 2017, with anticipation for her sophomore LP So Good at an all-time-high, Zara’s momentum could not be ignored. Scoring huge national success at both the P3 Gold and Swedish Grammis, lead-in single ‘So Good’ alongside Ty Dolla Sign set the tone for her impending landmark release, ushering a debut appearance on the Ellen DeGeneres Show along the way. Fusing R&B, dancehall, British house and contemporary pop, So Good showcases the full versatility of Zara’s finely tuned pop prowess and performance capacity. Collecting hit singles “Ain’t My Fault” and “I Would Like” alongside a bed of hot impending hits, So Good hones Zara’s shape shifting vocal chops and eclectic song writing skills like never before. Scoring her first UK #1 courtesy of Clean Bandit collaboration ‘Symphony,’ the track set multiple territories alight to the power of Zara’s voice, hitting platinum across the board and gold in the US. The single timed perfectly to the release of So Good, Zara’s first international album. Topping the album charts in Sweden and garnering top 10 in the UK, Norway, Ireland, The Netherlands and Australia among others, the album truly resonated with the staggering global profile built by Zara following international hits “Lush Life” and “Never Forget You.”

But there will be no resting on the laurels of a landmark album where Zara concerned. With high profile collaborations pegged alongside both Nike and H&M, a marker North American and Asian tour and a subsequent 16-dates European tour during Fall 2017, the future looks bright for the fresh faced queen of Swedish pop music and her ongoing global takeover